“Nigeria was like that for me: mostly forgotten, except for those few things that I remembered with an outsize intensity. These were the things that had been solidified in my mind by reiteration, that recurred in dreams and daily thoughts: certain faces, certain conversations.”. Like so many middle- and upper-class Africans of her generation, the painter Njideka Akunyili Crosby came to the United States to pursue her studies.
The New Yorker Link to Story

At the heyday of colonial conquest, Charles Baudelaire, the French poet and lover of the Haitian-born artist Jeanne Duval, wrote that “dandyism is a setting sun; like the declining star, it is magnificent, without heat and full of melancholy.”. The term “rude boys” originally referred to the youth gangs that emerged in Kingston shortly after Jamaica’s emancipation from British rule in 1962.
The New York Times Link to Story

Serving as a gateway between France and her colonies in the imperial age, the port city of Marseille, on the Mediterranean coast, has always been cosmopolitan, its history shaped by social and political forces beyond its shores. Italian migrants arrived in large waves in the late nineteenth century, and were succeeded by citizens and colonial subjects from the overseas territories.
The New Yorker Link to Story

Survival and Death in a Faraway War

“I was going to die. … And I was thinking about God and his Prophet… ,” Aliou Diakhate recalled in the historian Joe Lunn’s “Memoirs of the Maelstrom: A Senegalese Oral History of the First World War.”. “And when you wish to pray you have to stand up – to stand and bend down on your knees, and put your forehead on the ground.
The New York Times Link to Story

African Diasporas, Playing With the Past

Omar Victor Diop, a Senegalese photographer, was feeling out of place during an artist residency in Málaga, Spain, when he discovered the seminal series “The Image of the Black in Western Art.”. In it, he found centuries-old Western paintings from the Menil Collection in Houston that depicted people of African descent from the Renaissance to the emergence of the slave trade.
The New York Times Link to Story

Greece, a front line for state-sponsored racism in Europe

On Aug. 2, a group of unidentified men savagely attacked a Pakistani immigrant in Athens, leaving him hospitalized with a broken jaw and multiple bruises. Five days later, Ashkan Najafi, a native of Iran, was severely beaten and stabbed 12 times in Piraeus, a port city south of Athens. He required at least 60 stitches.
Al Jazeera America Link to Story

It doesn’t matter that oceans are vast, deep and imposing. For much of history they have had to be crossed by force or necessity. Japanese started migrating to the Americas at the turn of the 19th century to escape from poverty. Initially they went to the United States, but the progressive enactment of restrictive immigration laws made them shift their destination to Central and South America, especially Brazil.
The New York Times Link to Story

Sebastião Salgado: Migrant in a World of Migrants

Before he was known as a photographer, Sebastião Salgado was something even more essential to his identity: an émigré. His left-leaning politics and commitment to social justice had led him to flee Brazil in 1969 to study economics in France. There, he found countless other exiles — the lucky ones — who had managed to escape the murderous grip of Latin America’s Operation Condor.
The New York Times Link to Story

Toward Visual Paths of Dignity

We highly recommend viewing this slideshow in “full-screen” mode. In 1994, I had just returned to Paris from Asia. Yet all I could think about was Africa. I had been living in Japan for a few years, working as a trader for an investment bank and, as for any migrant, this long journey exerted a profound and lasting influence on me.
The New York Times Link to Story

Responses to Stigmatization in Comparative Perspective provides new data and analysis of how stigmatization affects a range of societies, with case studies from the US, Brazil, Canada, France, Israel, South Africa, and Sweden considering how diverse minority groups respond to stigmatization in the course of their everyday lives.
LSE Review of Books Link to Story

It is commonly known that monetary remittances, the funds that foreigners working abroad send back to their origin countries, make up an important part of many developing nations’ economies. Less commented on, however, are social remittances, or the influence migrants exert on their home countries’ politics.
Foreign Affairs Link to Story
View More Stories

A former Fulbright Fellow at University of California - Berkeley (UCB), Jean-Philippe Dedieu holds a MBA from ESSEC Business School and a Ph.D. in history and sociology from Ecole des Hautes Etudes en Sciences Sociales (EHESS). Over the years, he has taught at Boston University (BU), EHESS, Ecole Normale Supérieure (ENS), Université Paris I - Panthéon Sorbonne, and Paris School of International Affairs (PSIA) of Sciences Po Paris. He is a CIRHUS Research Fellow and a SCA Visiting Scholar at New York University (NYU).

Following these publications, Jean-Philippe Dedieu was called in 2013 by a Parliamentary committee of the French National Assembly to testify on immigration in France. Since 2014, he is a member of the Scientific Advisory Committee of the Doctors of the World Foundation. In 2015, he was awarded a Weatherhead Initiative on Global History (WIGH) Fellowship at Harvard University. 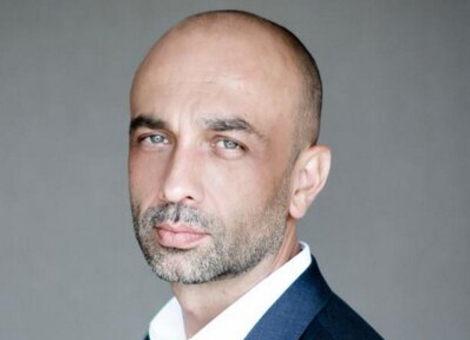